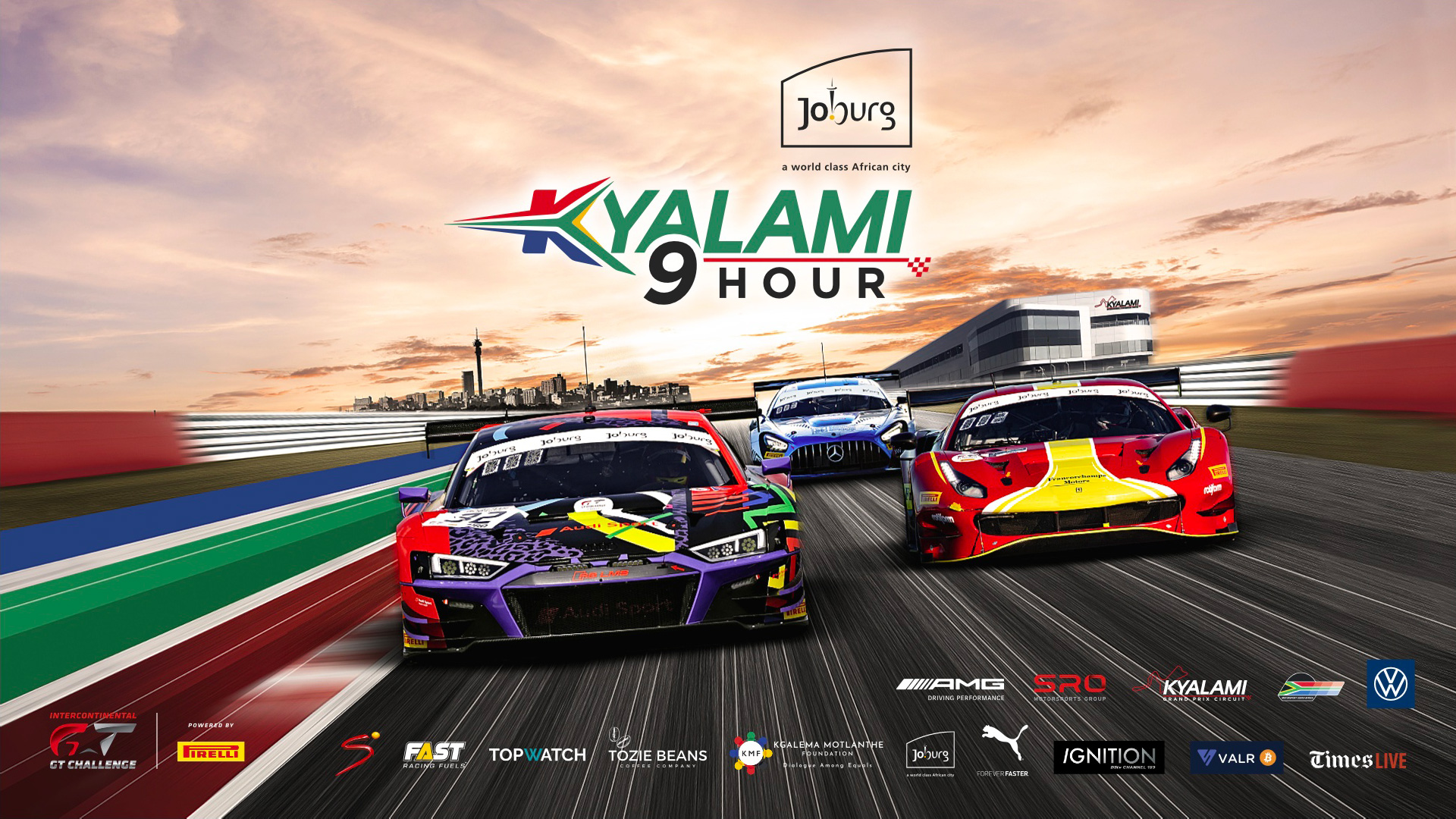 The event, which doubles as Intercontinental GT Challenge Powered by Pirelli’s season finale, was postponed last Friday as a result of international travel restrictions imposed on southern Africa following the discovery of the Omicron coronavirus variant.

After extensive consultation with teams and manufacturers the event has been rescheduled for February 3-5. The race will still take place on a Saturday, as is tradition, and avoids clashes with other major international endurance events. There is also sufficient time for cars, equipment and personnel to travel from South Africa to Australia for the Liqui-Moly Bathurst 12 Hour where IGTC’s 2022 campaign begins three weeks later.

The safety of all participants and staff will take utmost priority when considering whether the Joburg Kyalami 9 Hour can go ahead on its rescheduled date.

International motorsport returns to Kyalami on the 3-5 February 2022 as the circuit hosts the final round of the Intercontinental GT Challenge powered by Pirelli “The Joburg Kyalami 9 Hour”.

Various international GT3 race teams will fight it out for the championship at the 9 Hour endurance race. Top local teams and drivers will compete adding

to the excitement of the event. Premier local circuit racing categories including Global Touring Cars, Polo Cup and V8 Supercars will also race prior to the main event.

If this event is cancelled, rescheduled or curtailed, Event Protect will provide a simple and fast refund process. You can apply directly to Event Protect for a refund. Provided the event has been accepted and is covered by the Programme, which is underwritten by "A" rated insurers, your application will be managed through Event Protect. Please note communicable diseases such as the COVID-19 Virus is not covered by this Policy.